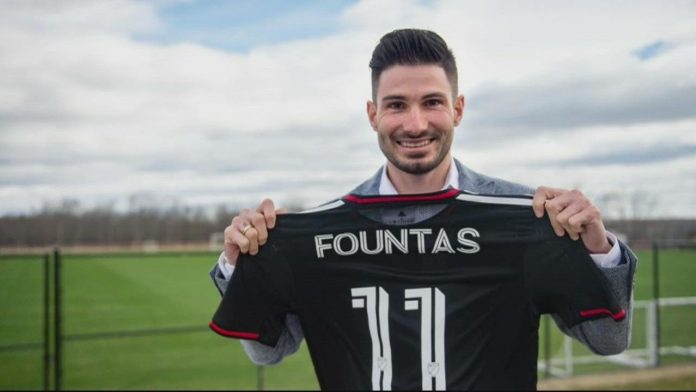 Fontas was accused of using the N word after tangling with Inter Miami defender Damien Lowe during the second half of Sunday’s game at Audi Field.

United coach Wayne Rooney has replaced Greece international Fontas after the Miami players said they would not continue playing if he remained on the field.

But Fontas vehemently denied on Monday the use of language, which halted play for several minutes.

“I did not use the word he accused me of using,” Fontas said in a statement on Instagram. “This despicable racial slander is one of the things that I condemn and have not used.

“We had a heated discussion in the field. But I did not racistly assault anyone. I strongly reject racism in any form.

“It is despicable… I have always respected the culture, religion and skin color of every person. So I am very upset by this accusation and saddened to be falsely accused.”

The Major League Soccer has launched an investigation into the incident, warning that it has “zero tolerance” for offensive language.

“MLS has zero tolerance for offensive and abusive language and we take these allegations seriously,” the association said.

An investigation into this matter will begin immediately. More information will be provided upon completion of this investigation.”
Inter Miami coach Phil Neville said after the match that Fontas had used “the worst word in the world”.

“We are a club that is proud of our diversity and inclusion in our staff and supporters, and there is absolutely no place for racism on a football field or society,” Neville said.

“A word that is not accepted in society has been used. It is the worst word in the world.”
Miami international defender Deandre Yedlin said he expects the Major League Soccer to take action, describing the incident as an “incredibly dark moment”.

“We’ll see what the MLS does about it,” Yadlin said. “My eyes are going to focus on that a lot. It’s up to them to take action and take a stand and show that not only does he have no place in the game but no place in society,” he added.

World Cup 2022: what is the bisht, the traditional garment worn by Lionel Messi when he received the trophy?