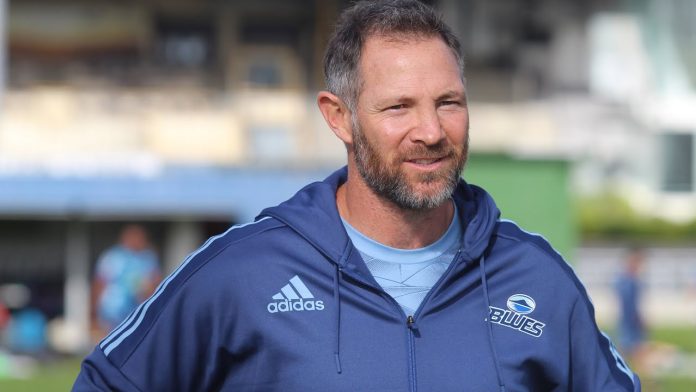 WELLINGTON (AFP) – Leon MacDonald was named on Thursday as coach of the 15th All Blacks – primarily New Zealand’s B-team – for their November games in Europe against Ireland A and the Barbarians.

The senior All Blacks begin their tour of Japan, Wales, Scotland and England in October, and MacDonald will take a New Zealand Category Two team to Europe the following month.

“It’s an honor to coach any team that wears the silver fern on the jersey,” MacDonald said.

The 44-year-old played 56 Test for New Zealand and is currently the head coach of the Auckland-based Blues Super Rugby.

The All Blacks XV play Ireland’s A in Dublin on 4 November, then the Barbarians, coached by Crusaders coach Scott Robertson, play at London’s Tottenham Hotspur stadium nine days later.

MacDonald expects to pick players on the sidelines of the New Zealand first team for what will be the debut of the brand new All Blacks XV.

“I am looking forward to coaching a strong team for what will be two difficult matches,” he added.

“This team represents New Zealand on the world stage, particularly as the first group to wear the All Blacks XV jersey.”

The All Blacks XV was previously called the Junior All Blacks or New Zealand A.