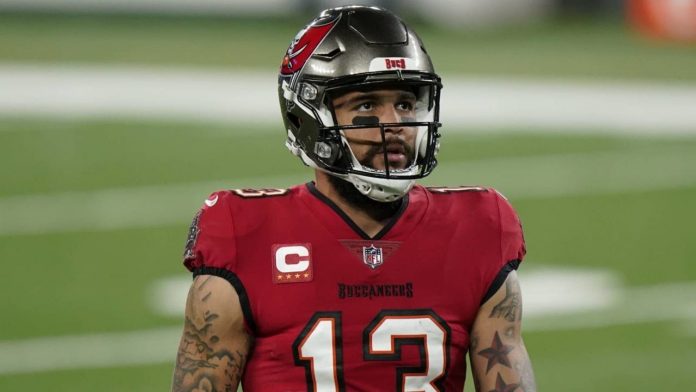 Tampa Bay’s Mike Evans (13) was suspended for one game for his role in a fight against the New Orleans Saints.

Los Angeles (AFP) – Tampa Bay Buccaneers’ Mike Evans was suspended for one game Monday for his role in a brawl that broke out during his team’s win over the New Orleans Saints.

Evans was sent off during Tampa Bay’s 20-10 win in New Orleans on Sunday after he crushed Saint Marshawn Lattimore’s cornerback with nerves igniting in the fourth quarter.

Evans later said he pushed Lattimore after the Saints defender got into an argument with quarterback Tom Brady.
The NFL Discipline Chiefs said in a letter to Evans on Monday that he threw his body “violently” in the face of an unsuspecting opponent.
“You knocked your opponent to the ground and a fight broke out that involved players from both teams,” the NFL said.

“Your aggressive behavior may have caused serious injury to your opponent and clearly does not reflect the high standards of sportsmanship expected of a professional.”

The suspension means Evans will miss Tampa Bay’s encounter with the Green Bay Packers next Sunday as Brady aims to extend the Boss’ winning start into the season.

Evans’ absence next weekend is a blow to Tampa Bay offense, as Chris Goodwin and Julio Jones are already expected to miss out through injury.